Skip to content
By Penny Krugman Howard on September 8, 2016

Wrong! Latkes are a very big deal! And everybody has an opinion about the best way to make them—the best way to EAT them, for that matter! Do we make them flat or fluffy? Fried in olive oil or canola? Do we use Yukon Gold or Idaho? Flour or matzo meal? And for a real brain-twister: which is the best topping—applesauce or sour cream and sugar? Oy! Too many questions.

So, why all the fuss? For one thing, latkes are a symbolic food, a Jewish reminder of the miracle of Hanukkah. (Hey, since the ancient oil miraculously lasted eight days, eating food bathed in oil is the least we can do.) Making them just right has become a friendly obsession. When you add in the fact that they’re singularly delicious with endless variations, it’s no wonder they’ve become a culinary art form.

And talk about variations! There are sweet potato latkes, sour cream latkes, zucchini latkes, salmon latkes and even banana latkes, to name a few. Some chefs adore the countless possibilities. Others are purists and stick with potato latkes—the real deal for them. As my papa Harry would say, “Fancy-schmancy latkes? Feh! Old-fashioned is best!”

So here’s to a plateful of warm Hanukkah happiness. Cook up your own Hanukkah tradition with our traditional latke and sweet potato and zucchini latke recipes. You should have seconds on such a blessing! 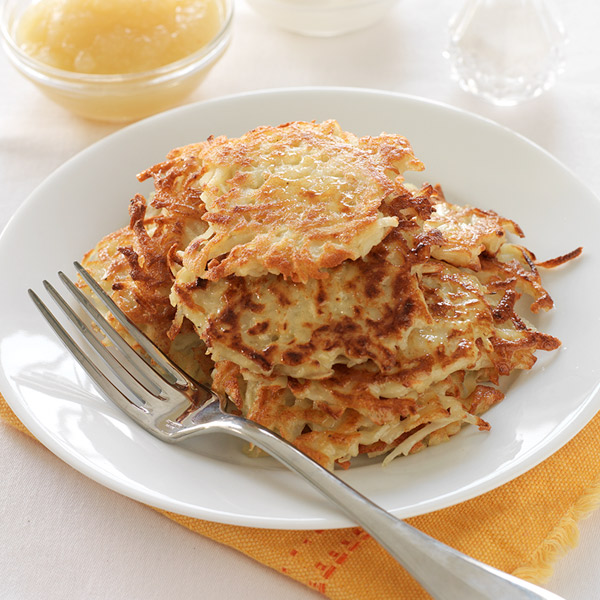 Here’s a great latke recipe to try this season. As a guideline, use 1 egg per 2 cups of grated potatoes. Starchier potatoes make crispier latkes. Serve with applesauce, sour cream or sugar. 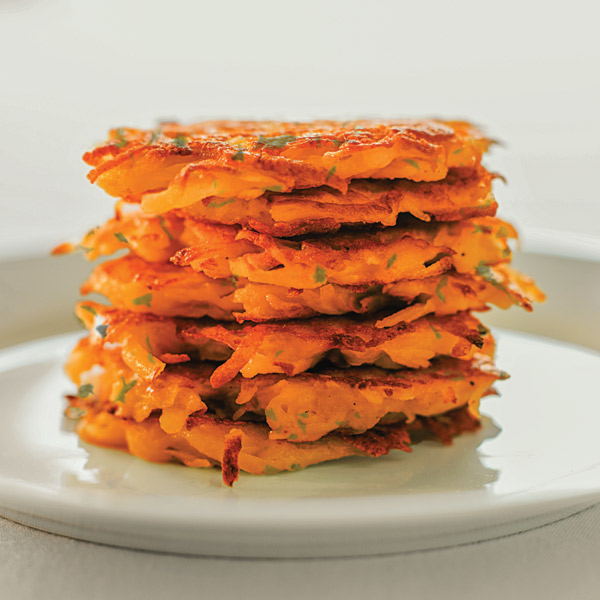 Sweet potatoes and zucchini are another delicious latke combination. Best of all, no soaking and squeezing required!