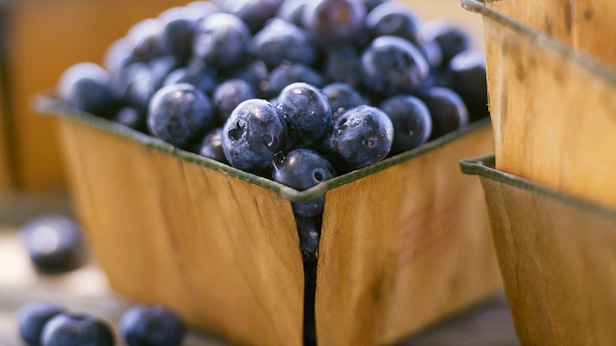 As part of breakfast or dessert—or simply alone, by the bowlful—these fragrant little fruits are the taste of summer. Try any of these blueberry recipes to add fresh flavor to your summer menus: Spiced Blueberry Breakfast Cake, Panna Cotta with Blueberry-Ginger Sauce and Glazed Pork Loin with Blueberry Salsa.

With nearly 90 percent of all blueberries on the market grown in North America (a quarter come from Maine), they are truly an American pleasure. Today, more than 30 species are grown commercially. Wild blueberries thrive in glacial soils and cool northern climates, particularly in Maine and parts of Canada. Wild berries often end up either canned or frozen.

Peak blueberry season runs from late May through mid-August, but you can still find a trickle of locally grown berries at the market through October. Wild blueberries have a much shorter growing season, usually from mid-July through late August. Any time of the year, though, you can enjoy dried berries for their intense flavor and particularly concentrated nutrient punch.

Consistently ranked as one of the top five sources of dietary antioxidants, blueberries have been shown to neutralize free-radical damage—which in turn may help minimize your risk of developing heart disease and certain cancers (and also nourish your skin). Just 1 cup of cultivated berries has nearly 4 grams of fiber and about a fifth of your daily vitamin C and vitamin E needs. 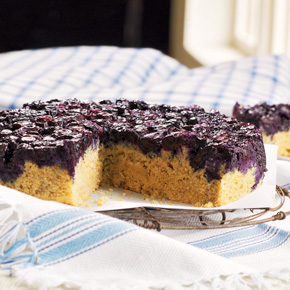 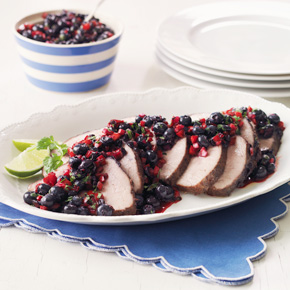