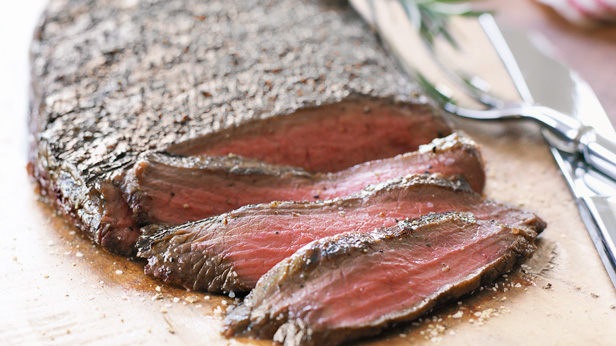 Flank steak comes from the well-exercised belly muscles of the cow and is lower in fat than most other cuts. But because it’s so lean, this flat piece of meat needs special attention to keep it from toughening up when cooked. The most important tenderizing trick: Slice the meat across the grain to break up the long muscle fibers. You can also use marinades—especially those that feature acids like tomatoes or citrus—to tenderize the meat, or else cook it quickly until just medium rare on a grill, under the broiler or in a stir-fry.

We explore a range of possibilities for this versatile meat, from a butterflied and roasted flank steak stuffed with bacon, spinach and peppers, to an Asian-style stir-fry of steak and asparagus to an arugula salad topped with grilled steak. 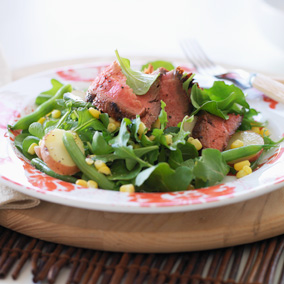 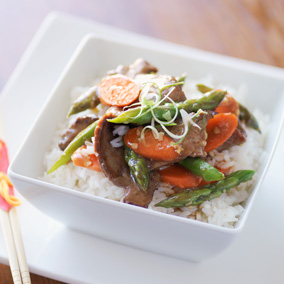 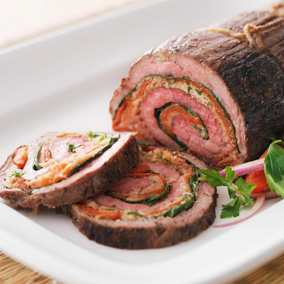 To keep the meat as tender as possible, cook it fast, making sure to leave the inside pink.

You can also try our recipes with skirt or hanger steak, top round or tri-tip.