Learn about the history of Passover 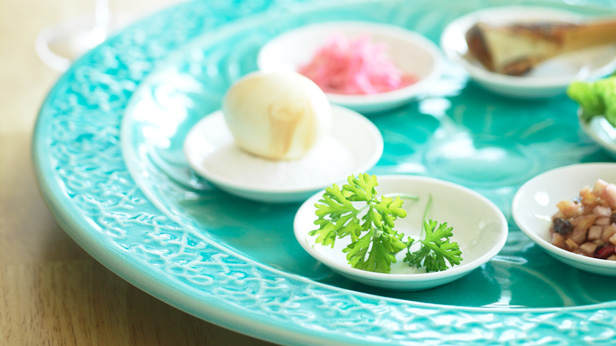 Passover commemorates the Israelites’ journey out of slavery in Egypt, as recorded in the Torah and in the Bible (Exodus chapters 1-14). God commanded Moses to lead the Israelites out of this slavery into the wilderness, but when Moses asked Egypt’s ruling pharaoh to free the people, the pharaoh refused.

God then sent 10 plagues upon the Egyptians, the last of which was a vow to send an angel of the Lord to kill the firstborn in every Egyptian home. Israelites were told to mark their doors with the blood of slaughtered lambs so that the plague would “pass over” them and spare their families.

After the plague, the pharaoh ordered the Israelites to leave Egypt immediately. The people left in such haste that the bread they were baking had no time to rise. They packed the unleavened bread, which was more like hard crackers called matzos, to take with them on their journey.

The pharaoh later changed his mind and sent his army to capture the Israelites. Trapped at the shore of the Red Sea, Moses called on God’s power to part the sea. The Israelites passed through safely before the sea crashed in and drowned the Egyptian army.

As the Israelites left Egypt, God commanded the people to mark seven days in the month of Abib and to observe them each year by eating unleavened bread and telling their children the history of Israel’s journey out of Egypt (Shemot/Exodus 13:3-10).