Gulp. Halloween’s almost here and you just remembered what comes with it: the school party. And you’re the room parent. Was that a shiver that just ran down your spine?

Don’t worry, we’ll show you how to wrap up this party tighter than a mummy’s diaper. Your kids will have a freakishly good time with these 20 boredom-busting Halloween activities! Download our free Halloween printables and peruse our game ideas to scare up some silly fun.

Printable Halloween games are perfect for a classroom party. Print as many pages as you need of any or all the activities: Halloween Sudoku puzzles—both an easy and a hard version, a Halloween crossword puzzle and a Halloween word search. And don’t forget to print an answer key that includes answers to all three games. Look out, zombies, we’ve got your brain food right here!

A little batty told us he wanted a nice perch from which to dangle—your neck! And the whole class can create this little guy quicker than you can choke out, “Eek! A bat!” All you need are our printables, a pair of scissors, some string and a small hole punch.

Kids will love creating their own skeleton hands. All you need to make them are some large (4 by 6) index cards and a pair of scissors.

Directions: Trace around your hand (fingers slightly apart) on a large index card, and then cut out the hand. Make folds in the paper fingers at your knuckle creases. Now fold the paper fingers in half, lengthwise, and pinch at the crease folds at the same time to “pucker” the paper to form the joints (see photo below). Once the fingers are all formed, cut between the fingers at the palm section and repeat the folding/pinching step. Now you have a scary hand to make your mom shiver!

This ghoulish game is sure to get the kids moving—and maybe even wear them out a little!

Directions: Draw and cut eyeballs from construction paper (one per kid) and divide them between two tables at one end of the classroom. Divide the class into two teams and give every child a straw. The first person on each team has to suck up one of the eyeballs with his or her straw and carry it to a “cauldron” (bowl) at the other end of the classroom using only suction power—no hands. If a kid drops the eyeball, he has to start at the beginning again. When he’s completed the mission, the next kid in line takes a turn, and so on. The first team that transfers all their eyeballs to their cauldron wins.

This game takes team competition to a spooky new level.

Twist: Have the kids wrap each other up as mummies using toilet paper—no balloons needed.

Even the grown-ups will have fun with this creepy crawly contest!

Directions: All you need for this fun game is a roll of wide masking tape and some flies (wadded up pieces of black construction paper). First, create a web in a doorway using the tape, but here’s the tricky, or rather sticky part: Make sure the sticky side of the tape is facing towards you. Then twist the very ends of the tape backwards to secure it to the doorjamb. Keep the weave of the web open for smaller kids and tighter for older kids (see illustration). Have the kids take turns throwing their flies through the web. Whoever can get the most flies through the web, without the flies getting stuck, wins. To make it more difficult, you can have one of the kids be the spider in front of the web. The “spider” tries to catch the flies as they fly by.

This game is a great way to get the creative … slime flowing. Have fun!

Directions: Draw a ghost onto a sheet of paper and make copies for every kid in the classroom. Now have all the kids hold the paper behind their backs and try to tear it out along the lines as best they can—but no peeking. For an older class, have them tear out eyes and a mouth, too. Whoever has the paper that looks most like a ghost wins.

Twist: Have the kids draw a ghost, witch or skeleton on a blank sheet of paper behind their backs or on top of their heads.

Keep it to yourself, but you can work an anatomy lesson in with this fun game.

Directions: Divide the kids into teams of four or five and show the kids an example skeleton (a picture in a book is all you need). Then have them create their own out of newspaper, tape, a white balloon and a black marker. They can scrunch up the paper to form the bones, use the tape to connect the bones, blow up the balloon for the skull and draw the skull features on the balloon. Whichever team makes its skeleton first wins.

Directions: Use small pumpkins as the bowling balls and some empty 2-liter bottles (decorated for Halloween if you want) for the pins. Divide the classroom into teams and keep score. Whichever team knocks over the most pins wins.

A classic party game gets a Halloween makeover!

Directions: Use some blown-up orange balloons for the pumpkins. (Keep extras on hand in case some pop during the game.) Now have the class divide into two or three teams. The first person on each team places the balloon between his or her knees and races to the end of the room and back, keeping the balloon between the knees the whole time. If they drop the balloon or pop it, they have to start over. Once they return to their starting spot with the balloon, they can give the balloon to the next person in line. Whichever team finishes first wins.

Kids love ectoplasm! So slime ’em with this goofy game.

Directions: Set all the kids at a table and put a dab of petroleum jelly on the tip of each child’s nose. Place an empty cup and a pile of ghost poop (cotton balls) in front of each kid. Have them use their sticky noses to pick up the ghost poop from the pile and drop it into a cup without using their hands (easier said than done). The child with the most cotton balls in his or her cup within a certain amount of time wins. Have fun watching them shake their heads and wiggle their noses, and be sure to take pictures!

Be sure and pick some spooky music to make this a haunting twist on musical chairs.

Directions: Cut some pumpkin shapes out of orange construction paper, and tape them (just to keep them from slipping) to the floor in a big circle. The kids can walk around the pumpkins as music plays. When the music stops, they need to sit on a pumpkin. Whoever doesn’t have a pumpkin to sit on turns into a crow and is out. Keep removing pumpkins as you play to make the circle smaller and smaller. The last person in the pumpkin patch wins—and get the title of king scarecrow.

Directions: Draw out some Halloween words or phrases on blank paper and cut them apart at the syllables. Mix them all up, and then give one syllable out to each child, facedown, until all have been passed out. No peeking. Then have them find the rest of their mates to form their Halloween word or phrase. Here are some good words to use: Hal•low•een, fright•en•ing•ly, cem•e•tery, haunt•ed•house, vam•pire•bat, jack•o’•lan•tern, ec•to•plasm, mon•stros•i•ty, skel•e•ton•bones, mum•mi•fied and trick•or•treat•ing.

This game is a fun combination of “pass the parcel” and “hot potato” with a little Russian nesting dolls thrown in.

Directions: Before the party, fill a small lunch sack with roasted pumpkin seeds, popped popcorn or another shareable treat. On this bag, draw a full jack-o’-lantern face. Place this bag inside another, larger grocery bag and draw another jack-o’-lantern face. But this time draw one fewer feature. Repeat this step until you’re using a large grocery sack and there’s nothing drawn on the outside of it (see illustration above).

At the party, have the kids write down silly things to do on scraps of paper. (For example: Say your ABCs in a squawking chicken voice.) Place the paper scraps in a bowl. Sit everyone in a circle and start the music. Pass the pumpkin grocery bag around until the music stops. Whoever is holding the bag now has to pick one of the silly things to do from the bowl. When they’ve completed the silly task, they get to “carve” a feature by removing one layer of the pumpkin bags. Start again with music and passing the pumpkin. When the last layer is revealed, the player who performs the last task can open the pumpkin and share the treat with the entire class.

We have an Easter egg hunt at Easter—why not a ghost hunt at Halloween?

Directions: Dress up some lollipops as ghosts (enough for the whole class plus some to spare) with a few tissues, a rubber band and a black marker for the face. Then hide the ghosts all around the room when the kids are elsewhere. Make some easy and some not-so-easy to find. You can give “hot” and “cold” hints for the kids having a hard time finding one. Or, to make it more difficult, write their names on the ghosts beforehand and have each child find his own ghost. (If you don’t have time to make a bunch of ghost lollipops, try hiding mini pumpkins or plastic spiders.)

Directions: Stuff a purchased witch hat with stuffing or newspaper so it doesn’t flop over. Then place it in the middle of the room and use 6 glow-in-the-dark necklaces as the rings. Place a line of tape about 6 feet from the hat for the kids to stand behind as they toss the rings. (Place the line farther away for bigger kids and closer for smaller kids.) The kids who throw all the rings around the hat win! You can use the glow necklaces as the prizes when you’re all done.

Directions: Summon some kiddie creativity for Halloween. You’ll need some wooden pumpkins, small magnets, craft paints or watercolors, cups (for paints and water), paper plates (work surfaces), some heavy-duty craft glue (used to stick magnets on the backs of the pumpkins)—so basically, something from each of the craft groups. Put everything out, and let each kid decorate a pumpkin. When the party’s over, he or she can take the pumpkin home and hang it on the fridge. (Bonus idea: Provide tissue paper and some watered down glue and turn it into a decoupage project).

Create spidery mayhem that kids will love getting caught up in! Be sure you have enough open space—outside is ideal.

Directions: Bring enough small balls of yarn for every child to have one. Place all the kids in a big circle and give each a ball of yarn. Have them attach it loosely around their waist or arm. Then when you say “go,” have them throw it to another person in the circle (the farther away the better). That child wraps the yarn loosely around his or her arm and throws it to another child. Have them continue wrapping and throwing until all the yarn is used up. Then have fun watching the kids get themselves out of their giant tangled web. Just be careful the kids don’t tie themselves up too tightly—have a pair of scissors handy just in case. 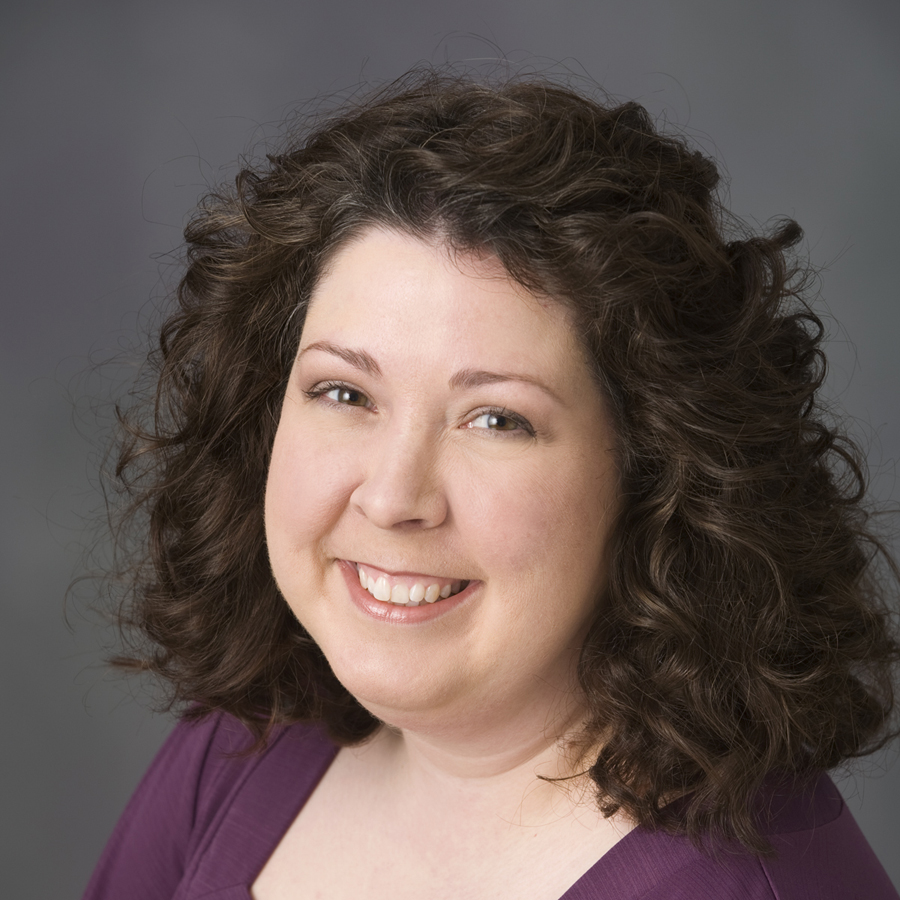 Jeanne Field enjoys quilting, killer sudoku and washi-tape hoarding in her free time—which she has more of now that her 2 kids are in college. She hopes to live 1,000 or so more years so she can make ALL the quilts.